NRL coach Paul Green dies aged 49 - The NRL is in shock following the death of premiership-winning coach Paul Green, aged 49.
Minister apologises for failing veterans - The federal government has apologised to Australian veterans and their families for failings in the way the defence forces and veterans affairs depart ...
Kyrgios downs No.1 Medvedev in Montreal - Nick Kyrgios has scored an emotion-charged comeback win over world No.1 Daniil Medvedev to underline his US Open title credentials and book an intrigu ...
No jail for dad over son's ATV crash death - Speeding down his driveway and doing doughnuts in his off-road buggy during a Christmas brunch, Christopher Browne's aim was to scare his sister.
Qld woman's fire death treated as homicide - The death of a woman in a house fire in Queensland's far north is being treated as murder.
Charges laid over fatal Racecourse crash - Police have charged the driver of a car involved in a fatal crash that killed a 24-year-old motorcycle rider at Racecourse. Investigations indicate ...
Renewable energy project gets $160m boost - Queensland could soon host one of the southern hemisphere's largest wind projects as the federal government commits to fast-tracking its connection to ...
China signals end of drills around Taiwan - China's military has "completed various tasks" around Taiwan but will conduct regular patrols, it says.
Newton-John family to accept state funeral - Olivia Newton-John's niece says her family will accept a state funeral for the Australian entertainment legend if a formal offer is made.
Serena Williams to retire from tennis - Serena Williams will have one last shot at equalling Margaret Court's all-time record grand slam singles titles after revealing she's "evolving a ... 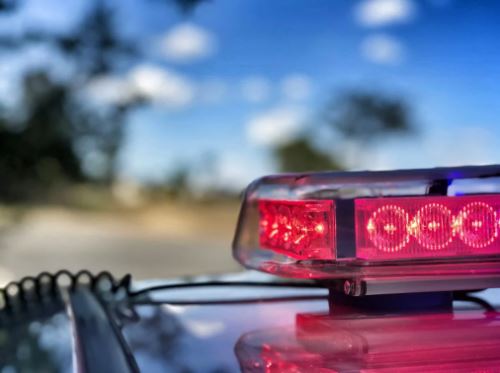 Whitsunday Police are searching for a man who is accused of pulling a knife on another man.

At about 9.10pm on July 3, the alleged victim was walking away from a venue on Shute Harbour Road, Cannonvale when he was approached from behind and told to hand over his money.

A wallet was given to the armed man in response.

Unsuccessful attempts were made by the alleged perpetrator to remove the cash from the secured wallet and as a result, it was dumped on the ground nearby and later retrieved intact.

Police have launched a public appeal to identify the man involved.

Anyone who may have access to dash-cam vision from 8pm to 10pm on July 3 of the area is encouraged to contact Policelink or Crime Stoppers.