Vic drops booster interval to three months - Victorians can now get their COVID-19 booster shot sooner, with the government shortening the interval between second and third doses to three months ...
Palmer to lead UAP Senate election bid - Mining billionaire Clive Palmer is attempting a return to federal politics, announcing he will lead his party's Senate team in the upcoming election.
Qld records 11 COVID-19 deaths as quarantine-free international travel to resume - Eleven Queenslanders have died with Covid-19 and 19,932 new Covid-19 cases have been recorded in the latest reporting period as restrictions are e ...
No need for daily workplace rapid test: PM - Prime Minister Scott Morrison has urged businesses not to enforce rules requiring employees to return a negative rapid antigen test each day before th ...
Warning for residents after oil cans illegally dumped in Mackay wheelie bins - Some streets across Mackay have been doused in motor oil, after petrol cans had been found incorrectly disposed of in wheelie bins. Mackay Regional ...
Three dead as Tonga island homes destroyed - All the homes on one of Tonga's small outer islands were destroyed in the massive volcanic eruption and tsunami, with three people so far confirmed de ...
Mackay Christmas report card: Hundreds caught drink driving, speeding - Mackay police have handed out their Christmas report card, with hundreds of drivers caught speeding or drink driving over the festive season. Offi ...
Snake bite lands Moranbah local in hospital - One person has been taken to hospital after being bitten by a snake in Moranbah. #Moranbah - One patient was transported to Moranbah Hospital in ...
Hobart in tight win, earn BBL finals spot - The Hobart Hurricanes have snatched a six-run win over Melbourne Renegades to secure their place in the BBL finals, derailing a chase that Aaron Finch ...
Tonga damage slowly comes to light - Knocked over shipping containers at Tonga's Nuku port, and volcanic ash covered houses and runway at Ha'apai airport show some of the destruction wrou ... 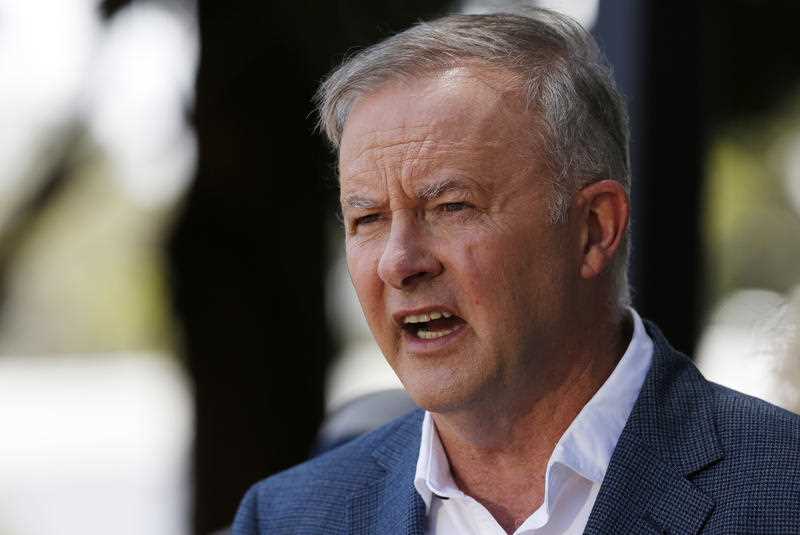 With a federal election around the corner, Opposition Leader Anthony Albanese has made a doorstop in Mackay to announce major funding for the sugar city if Labor gets into power.

Federal Labor is accusing the Morrison Government of failing to deliver when it comes to disaster readiness across Australia, promising a $200 million a year investment in its new 'Disaster Ready Fund'.

If elected, Mackay will be the first to receive the funds, with $5 million pledged towards extending the region's flood levee along the Pioneer River.

Senator Murray Watt says the critical piece of infrastructure will help future-proof the sugar city against the impacts of natural disasters.

"By extending this flood levee with a contribution from Federal Labor we can protect homes in Mackay, we can protect businesses, and we can protect taxpayers because it's going to mean there'll be less money needing to be spent to repair after future floods," he says. Federal Member for Dawson George Christensen has fought back in a statement, arguing disaster mitigation funding is already well in hand by the Morrison Government.

The Nationals MP said funding for the redeveloped Shute Harbour marine terminal after 2017's Cyclone Debbie was only possible after he "knocked on every door".

"All he [Anthony Albanese] had to do was open his eyes and look around while he was up there to see the redeveloped Shute Harbour marine terminal, which is an example of what relief funding can provide," Mr Christensen says.

"Anthony Albanese and Senator Murray Watt and Labor were nowhere to be seen when it came to advocating for this region as we began the long road to recovery from Cyclone Debbie."

A federal election announcement is expected in the coming months.