Insurance claims for cars with massive “holes” caused by record-sized hail which battered towns near Mackay are flooding in, the RACQ says.

Hailstorms have belted parts of Mackay this afternoon, with golf ball-sized hail reported in most parts of the city.

Yesterday, a dangerous thunderstorm struck Yalboroo, about 80km north of Mackay, and brought giant hail, which set an Australian record at two centimetres bigger than the previous record of 14 centimetres.

About a handful of claims were made in the Mackay region.

"The hail storm that hit Mackay really was quite significant, the size of the hail was a lot larger than what we traditionally see," Ms Clinton explains.

"Rather than dents in cars, we're actually seeing holes in cars by these big hailstones, so we are seeing quite significant damage."

More intense weather on the way 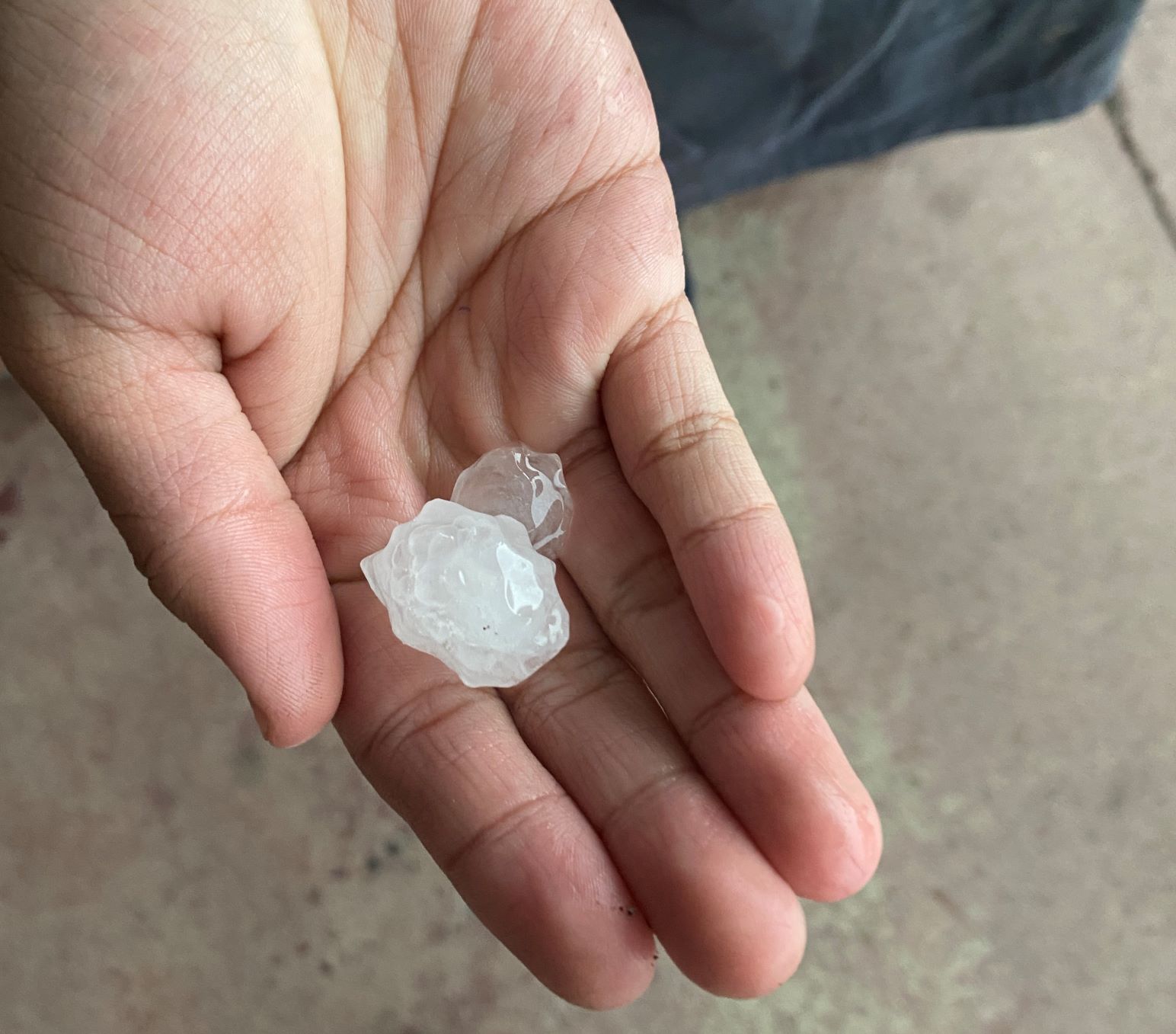 Mackay is not quite out of the firing line yet.

With the storm season marking its return with a bang and weather to only intensify as temperatures rise, Ms Clinton is urging locals to be prepared.

"If your car is damaged by the hail and you have comprehensive car insurance, you're absolutely covered," she says.

"Now is a good time to make sure you're calling your insurance company, getting tarps and getting those holes in your home covered up, so you don't experience more damage if it rains again."