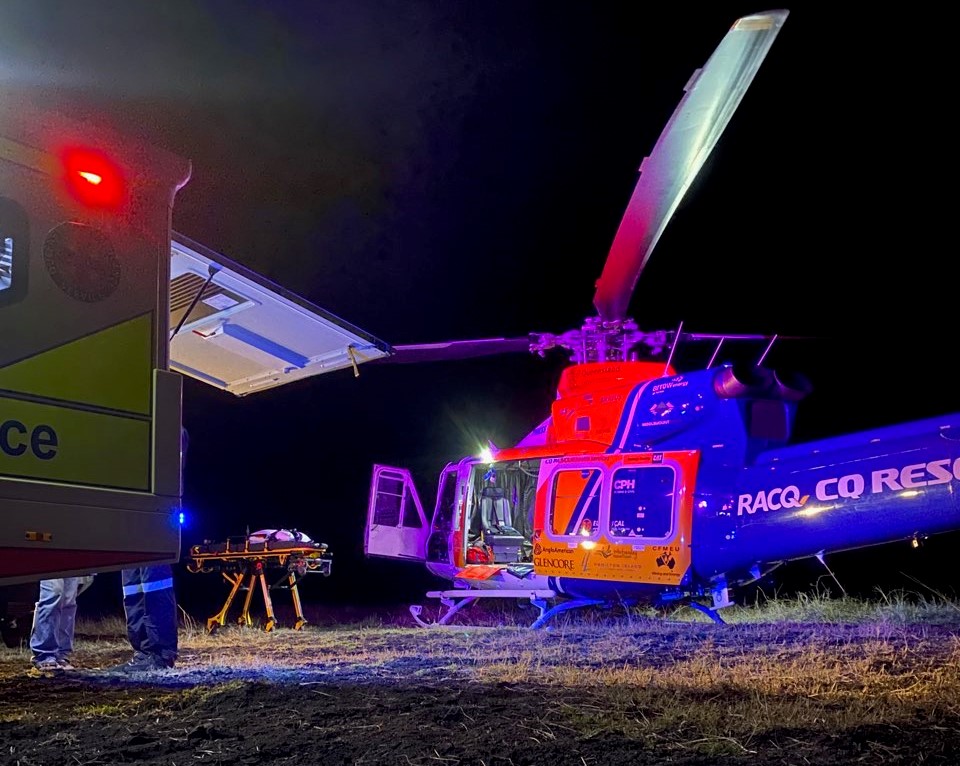 Local paramedics and rescue helicopter crews have had a long night responding to a number of serious crashes across the Mackay region.

A person in their 60s is in hospital with significant injuries after flipping their quad bike on a cattle property, north of Glenden. The CQ rescue helicopter flew 200km to airlift the rider at about 8:30pm, who had a crushed pelvis after getting trapped under the bike.

An RACQ CQ Rescue spokesperson says the driver of the quad bike was travelling at about 50km/h, when it hit a rut and flipped.

The patient is in a stable condition in Mackay Hospital.

The chopper was immediately called again to transfer a cardiac patient from Proserpine to Mackay Hospital. The crew did not return to base until 2:30am.

A man driving a cement truck that rolled on Mackay Eungella Road was trapped inside the vehicle for an hour yesterday afternoon.

Emergency crews were called to the scene around 2:17pm and had the tricky task of freeing the man whose legs were being crushed.

He was taken to Mackay Hospital in a stable condition with lower leg injuries.

Paramedics were called to Broad Street about 10:00pm, when the truck had rolled.

The man who was driving refused transport to hospital.