Uncontrolled blaze forces residents to evacuate at The Leap 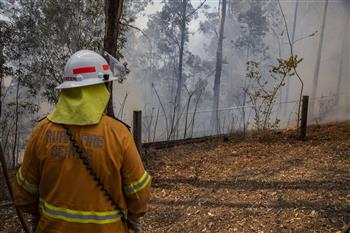 Five homes at The Leap have been evacuated as a “precaution” as fire rips through thick terrain in a difficult to reach area.

More than 10 firefighting crews are on scene trying to get to the uncontrolled blaze, which originally started out as a planned burn.

Queensland Parks and Wildlife Service had been doing grass reduction burning in the area, when the fire quickly spread to inaccessible land, just after 11:15am.

A spokesperson says residents have been evacuated because crews could not reach the blaze as it was burning within terrain at a steep point of the mountain.

There could also be issues with road access, the spokesperson says, but no properties are under threat at this stage.

Thick smoke is blanketing the area, and police are doing traffic management on the Bruce Highway to help drivers see where they’re going.