Locals up in arms over proposed mine near Great Barrier Reef 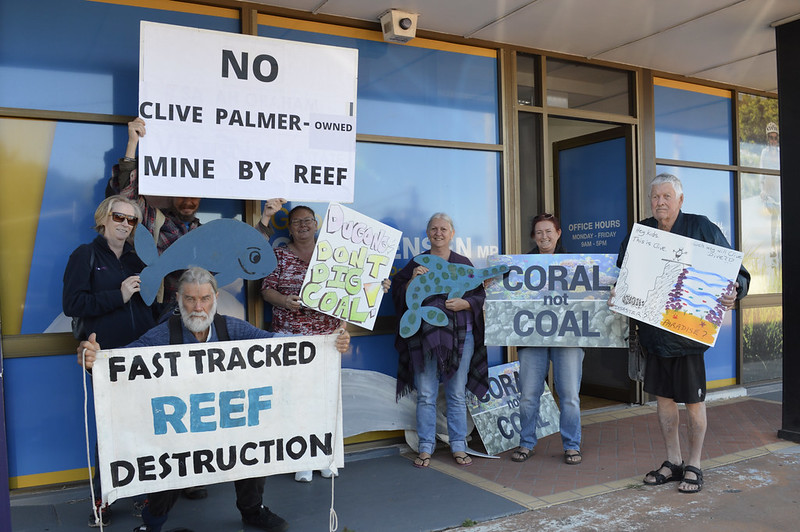 A proposed coal mine has Mackay conservationists outraged as protestors gathered outside the office of federal MP George Christensen.

Owned by UAP Leader Clive Palmer, the proposed Central Queensland Coal Project would be built just 10 kilometres away from the Great Barrier Reef.

However, a decision on whether the project will go ahead must be made by Federal Environment Minister Sussan Ley by July 5.

She says the mine would have major environmental impacts and must be rejected.

"It is hard to think of a worse place to build a coal mine than on the doorstep of the Great Barrier Reef.

"During a cyclone, coal contaminated water will make its way into the Broad Sound damaging the values of that outstanding marine habitat.

"The reality is that if we are to keep our planet safe from global warming, we must not open any new coal mines," Ms Hungerford says.

A spokesperson for George Christensen says approval of the mine is not in his electorate.

"However, this mine, just like any of these massive job and revenue-creating projects, will be expected to get all the necessary approvals in place before it goes ahead."