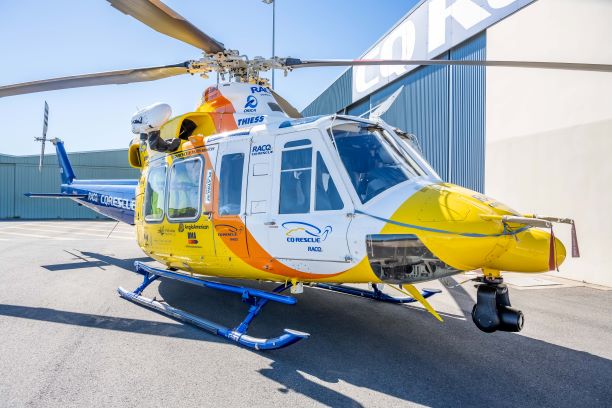 A deadly brown snake took aim at the leg of a golfer in North Queensland this week, requiring the rescue chopper to transport the patient to hospital.

RACQ CQ Rescue said they were called to Moranbah on Wednesday, where the man had been bitten by the venomous reptile.

The patient thought he had stepped on a stick, before looking down to see the brown going for a second strike at his leg.

He was flown to Mackay Hosptial for further treatment.

He is the second person to be airlifted from Moranbah to Mackay for a snake bite this month.

“With a snake bite, stopping the lymphatic spread of the venom is of paramount importance.
With any snake bite, bandage the limb firmly, splint it if possible and immobilise the patient
immediately,” Mr Rethus said.

“Every snake bite should be managed as a medical emergency. Correct first aid could save
a snake victim’s life.”

The rescue helicopter service urged anyone administering first aid to a snake bite victim to
never wash the area or try to suck the venom out, to not incise or cut the bite or apply a high
tourniquet. Identification of the snake was often possible at hospital by the venom present at
the bite site.

Mr Rethus said a brown snake could potentially kill in as little as 30 minutes, so with any
suspected snake bite seek medical attention urgently.

During the hot weather it was vital residents took precautions and made children aware of
the danger of snakes as most people were bitten when trying to kill or capture the reptiles,
Mr Rethus said.

“Watch your step outside and wear appropriate footwear at all times.”